Pages: 336 pages
Scroll for the Giveaway!

With Lincoln County teetering on the edge of lawless turmoil, small rancher Wes Bracken avoids taking sides, but his goal is complicated by his devotion to what he sees as justice and by his friendship with William H. Bonney, who’s developing a reputation as Billy the Kid.

As Lincoln County devolves into explosive violence, Bracken must skirt the edge of the law to guarantee the survival of his family, his spread, and his dream. But dangers abound from both factions for a man refusing to take sides. Before the Lincoln County War culminates on the banks of the Rio Bonito during a five-day shootout in Lincoln, Bracken is accused of being both a vigilante and a rustler. As the law stands idly by, Bracken’s ranch is torched, and his wife is assaulted by the notorious outlaw Jesse Evans. Survival trumps vengeance, though, as Bracken tries to outlast the dueling factions aimed at destroying him.

At every turn Bracken must counter the devious ploys of both factions and fight against lawmen and a court system skewed to protect the powerful and politically connected. Against overwhelming odds, Bracken challenges the wicked forces arrayed against him in hopes of a better life for himself, for his family, and for New Mexico Territory. And throughout it all, Bracken stands in the growing shadow of his sometime pal, Billy the Kid. 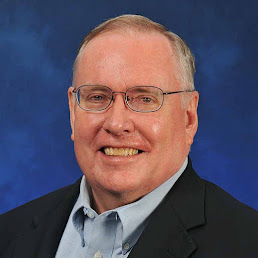 Preston Lewis is the Spur Award-winning author of 40 westerns, historical novels, juvenile books and memoirs.  He has received national awards for his novels, articles, short stories and humor.

In 2021 he was inducted into the Texas Institute of Letters for his literary accomplishments.  Lewis is past president of Western Writers of America and the West Texas Historical Association.

His historical novel Blood of Texas on the Texas Revolution earned a Spur Award as did his True West article on the Battle of Yellow House Canyon.  He developed the Memoirs of H.H. Lomax series, which includes two Spur finalists and a Will Rogers Gold Medallion Award for western humor for his novel Bluster’s Last Stand on the battle of Little Big Horn.  His comic western The Fleecing of Fort Griffin and two of his YA novels have won Elmer Kelton Awards for best creative work on West Texas from the West Texas Historical Association.

Click to enter the Rafflecopter Giveaway
VISIT THE LONE STAR LITERARY LIFE TOUR PAGE
FOR DIRECT LINKS TO EACH POST ON THIS TOUR, UPDATED DAILY.
Or, visit the blogs directly: